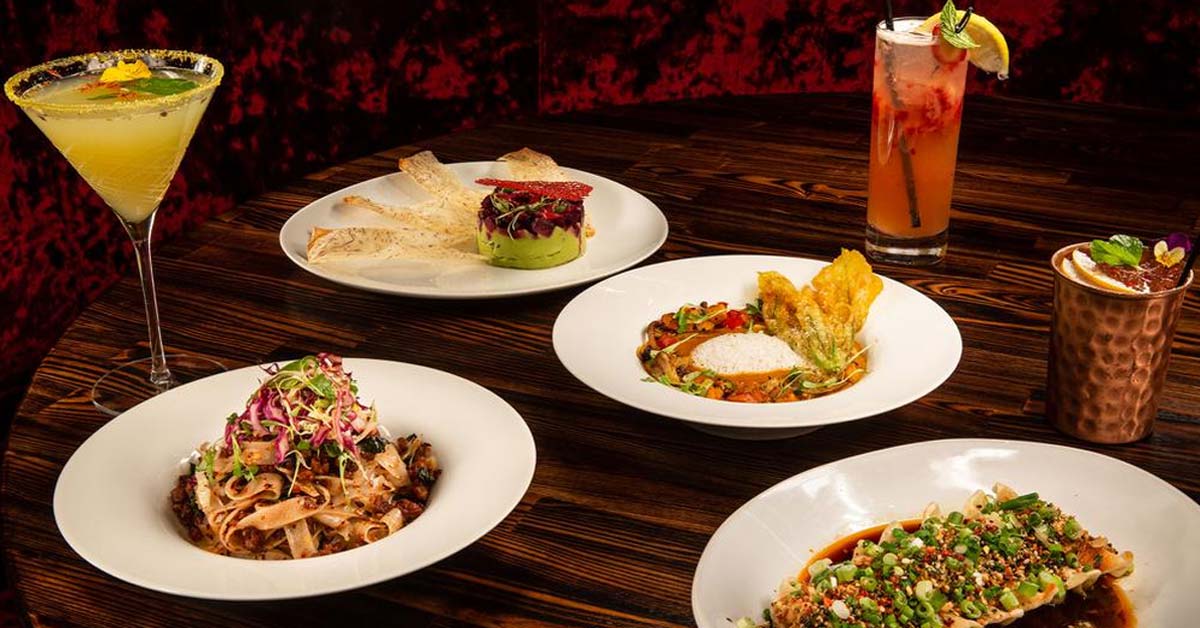 A unique new culinary treasure is hiding in plain sight at Decatur and Spring Mountain: Saffron, the Vegetarian Eatery.

Owner Tony Nguyen opened the Southeast Asian restaurant in early July after a vegetarian meal he enjoyed in Vietnam inspired him to bring a similar concept to Las Vegas’ Chinatown. Saffron isn’t the first to serve vegan and vegetarian cuisine in the area, but it offers an intimate, upscale dinner experience away from the Strip.

The atmosphere is magnetic. Bold burgundy accents and earth tones elevate the room, which features an illuminated, handcrafted flower sculpture hovering at its center, along with handcarved tiles imported from Vietnam. At 3,300 square feet, the space is expansive, and its second floor accommodates private gatherings, with sweeping views of the Strip skyline.

“It’s like going down a rabbit hole,” says Louross Edralin, Saffron’s corporate chef, who also leads the restaurant group’s Shokku Ramen. “We want to make sure that for the two hours you’re spending time with your friends, your loved ones or your family here, you forget that you’re in Chinatown.”

A former contestant on Hell’s Kitchen, Edralin brings 20-plus years of experience to the kitchen, having worked with chefs from all over Asia. Meanwhile, lead mixologist Donnell Ingram serves up inventive cocktails like the Empress Gin Sidecar ($18)-— Empress gin, basil, mint, lemon juice and simple syrup—a standout for its vibrant glow and balanced finish.

Mushrooms, from local farm Sundown, play a starring role in the fragrant and tangy tom kha gai soup ($16), and create a tasty base for the shredded meat-like texture in the mushroom dumplings ($14).

Edralin has mastered the art of layering flavors in such dishes as the Saffron red curry ($18), which features eggplant, sweet potatoes and bell peppers. Another must-try dish is Edralin’s clever take on traditional salt and pepper chicken ($24), made with black pearl mushrooms. It’s crispy and savory enough to fool any carnivore.

“We wanted a menu that was approachable to people who were skeptical of trying new things,” says Arianna Pittard, Saffron’s CEO. “People could come in and eat in a fine-dining atmosphere, receive fine-dining service and not even miss the meat in their meal.”

It’s less about catering to vegans and vegetarians, Pittard explains, and more about championing healthy lifestyles. Even bodybuilders visit Saffron for a guilt-free meal, Edralin says. Most of the staff eats meat, but understanding how to make great food, no matter the ingredients, is key.

Saffron, the Vegetarian Eatery in the Totally Happening Chinatown 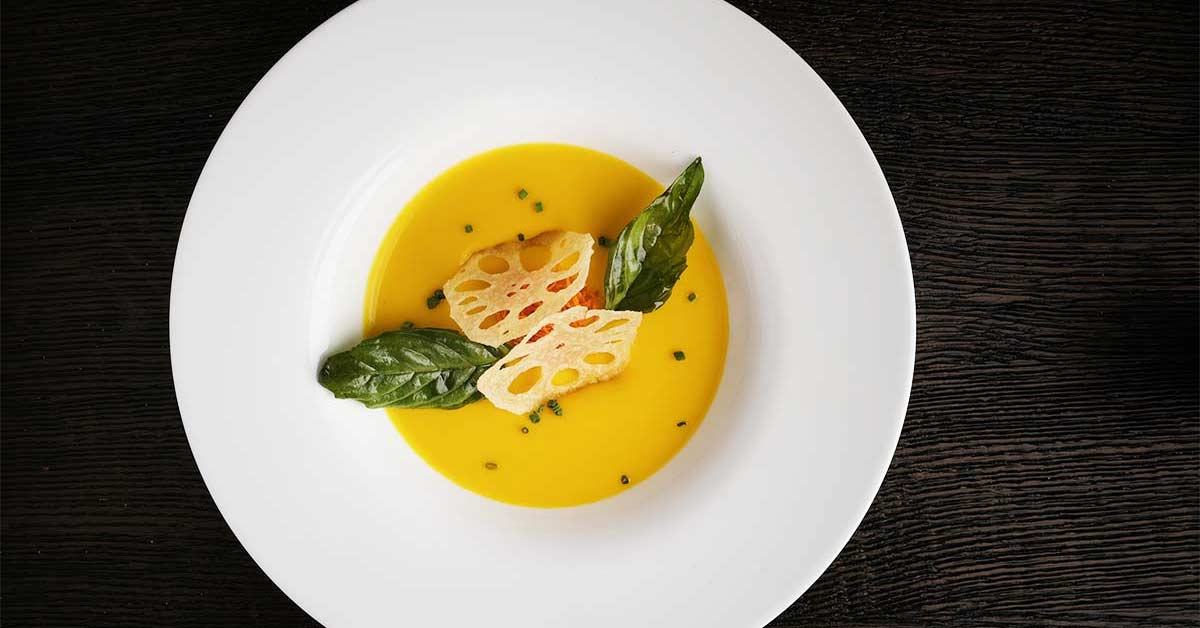 © 2023 SAFFRON THE VEGETARIAN EATERY. ALL RIGHTS RESERVED. SITE BY WWW.SKC.AGENCY 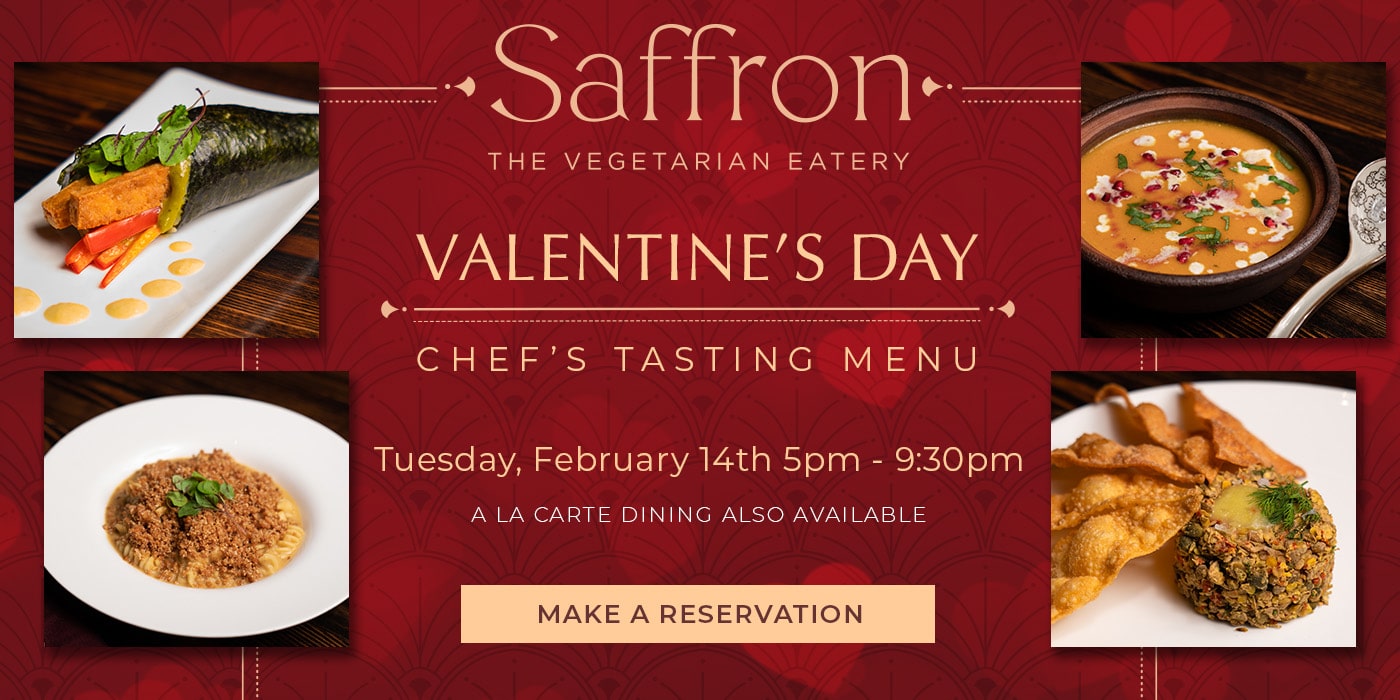